I've received many emails complimenting Gayle's pencil sketch of me, so I've decided to brag a little on my wife's artistic talent. Since my personal talent as an artist never got past the stick-figure level, I'm always impressed by Gayle's talent and ability to capture the "personality" of the subjects in her paintings or sketches, giving them life.

I'm posting a "mini" art gallery of a few of her creations.  Most are pencil sketches, but some are water colors or gouache, which is an opaque type of water colors. Some of the horses depicted and the two Australian Shepherds were ours.  The first portrait is our Thoroughbred, Tanny, with Gayle jumping, which was her "thing." Gayle is sometimes commissioned for her art work on a variety of subjects. 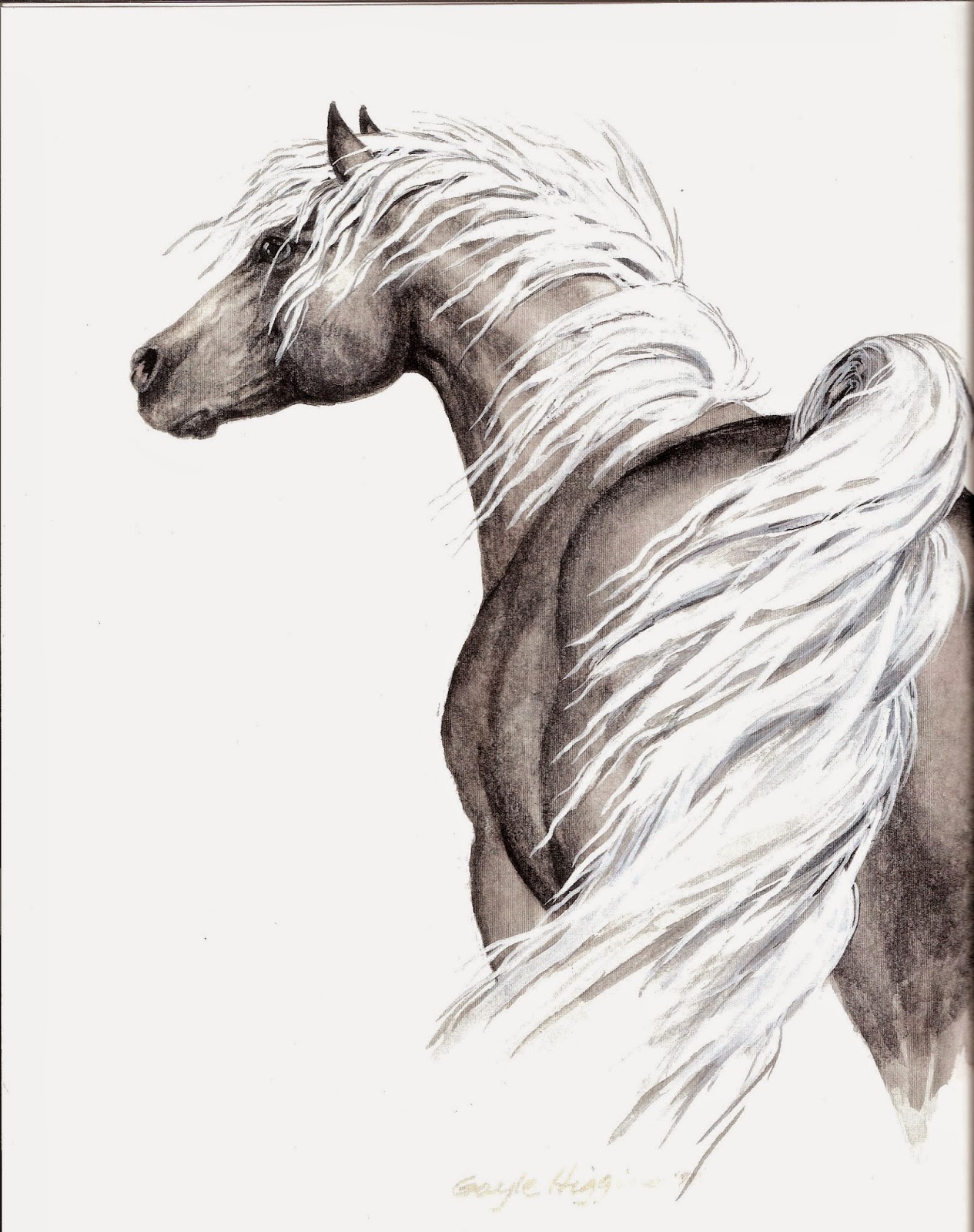 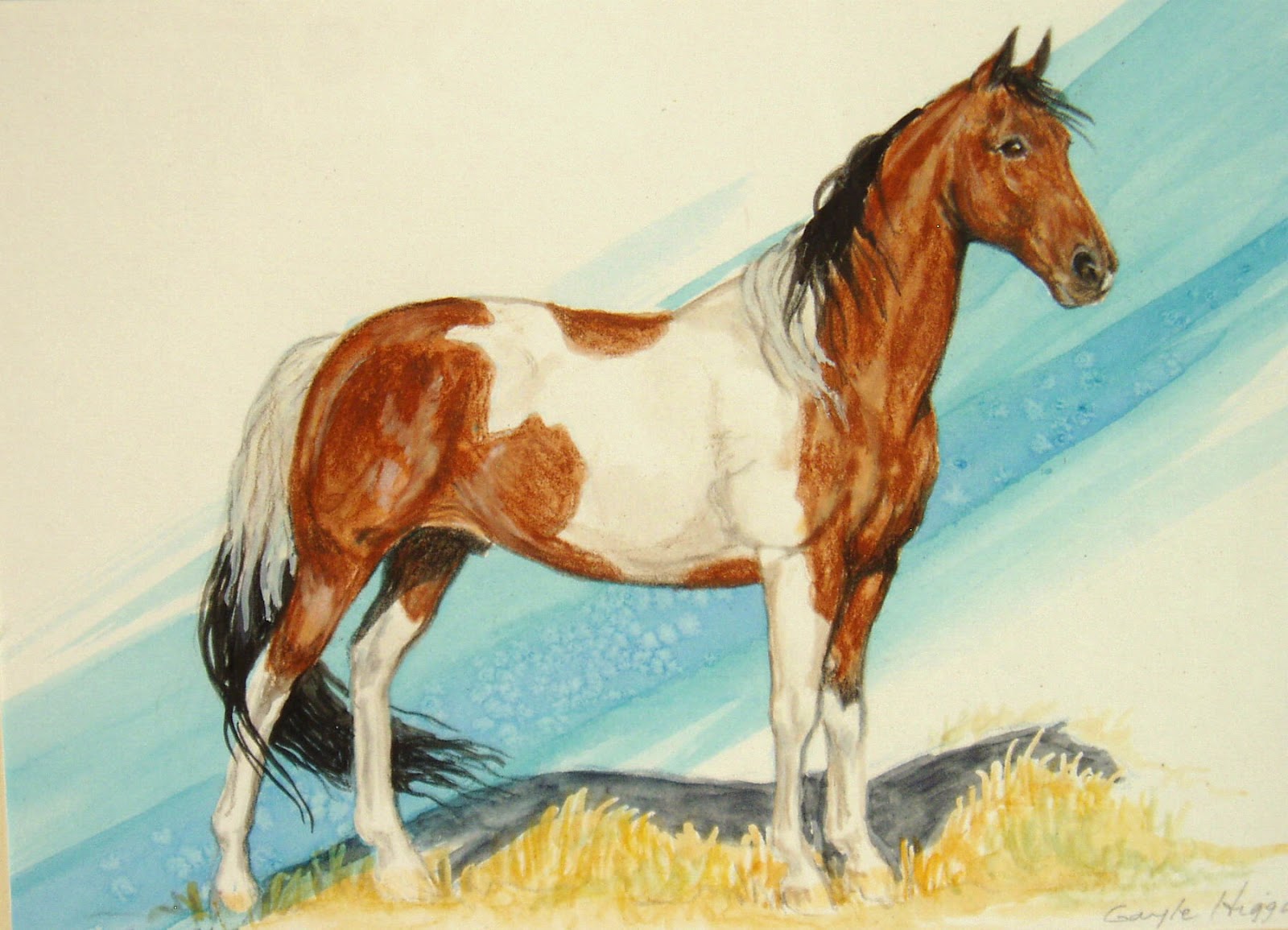 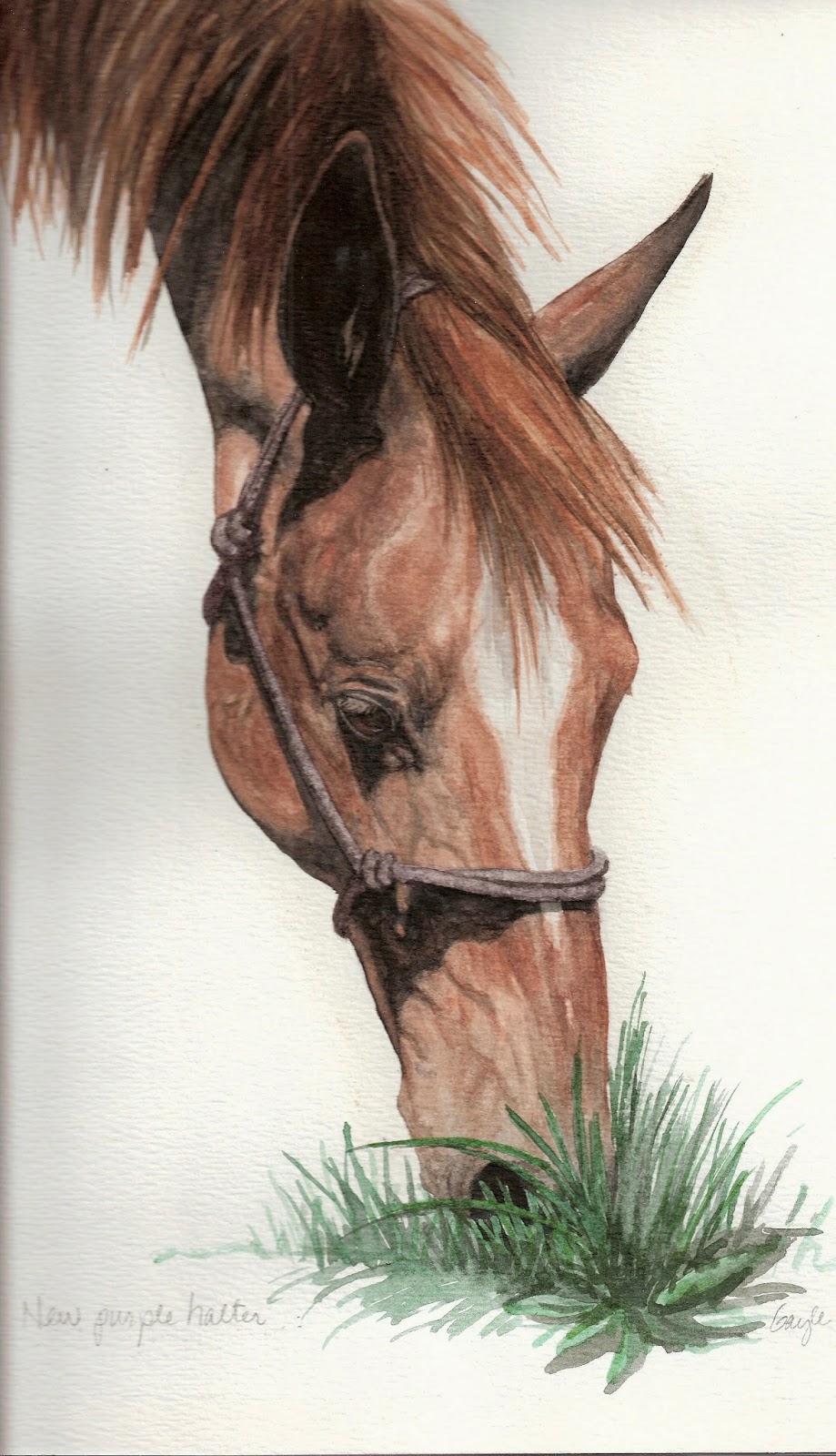 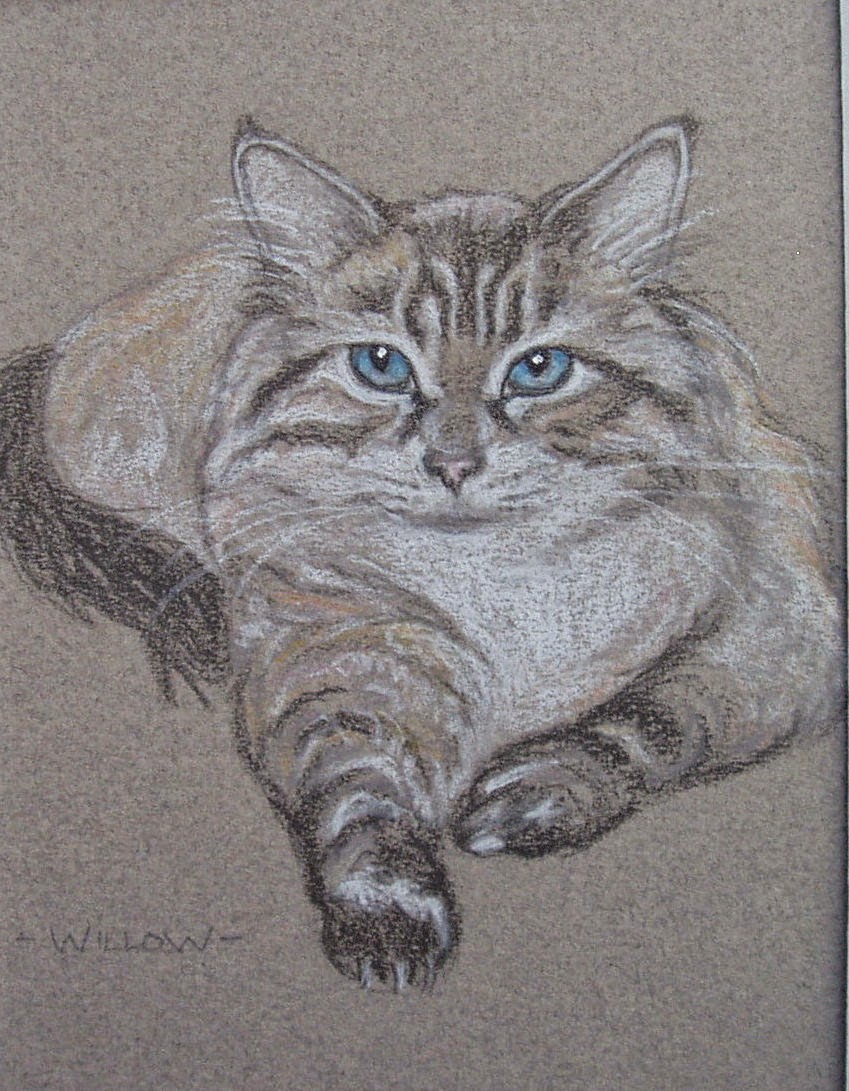 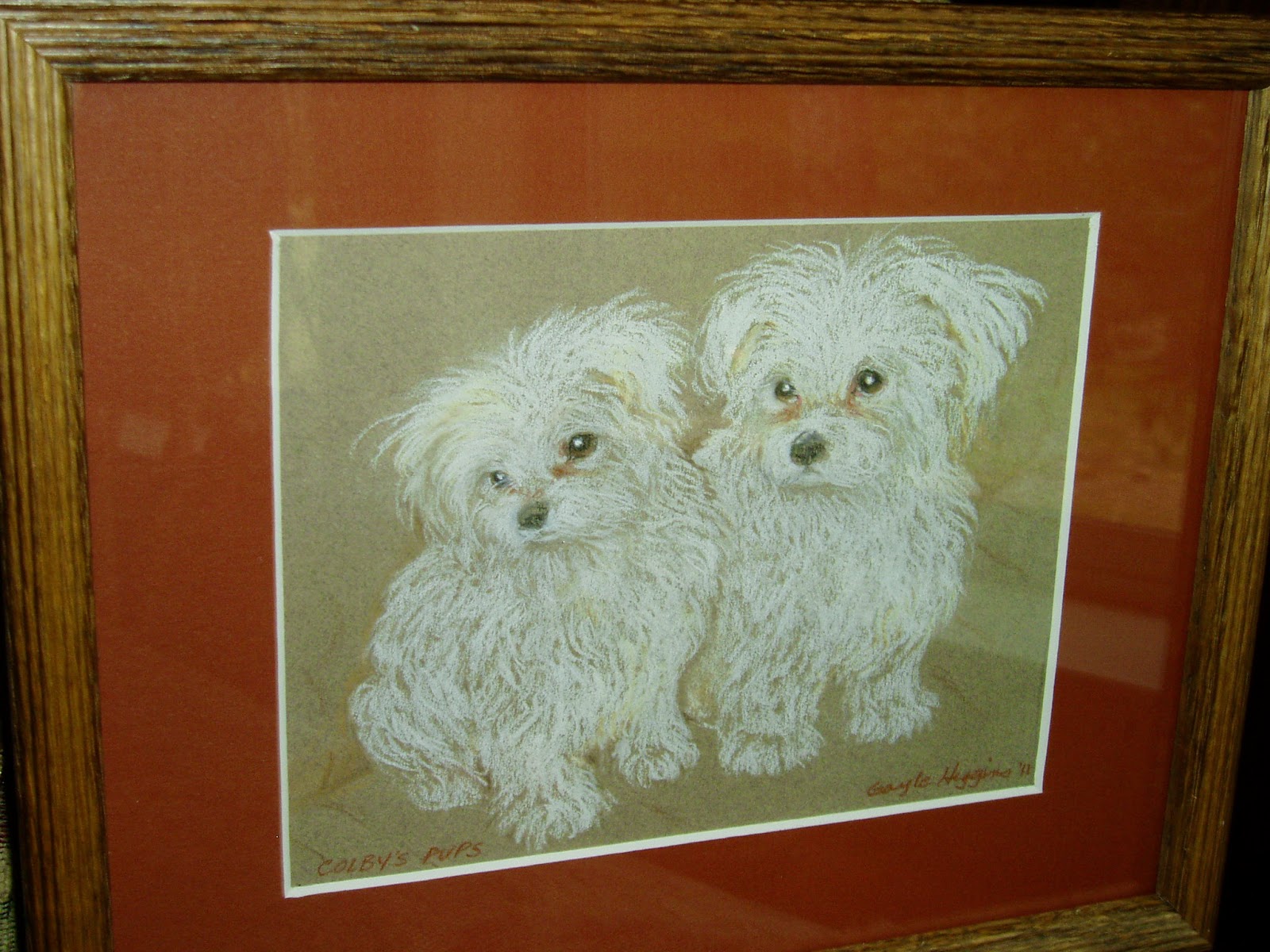 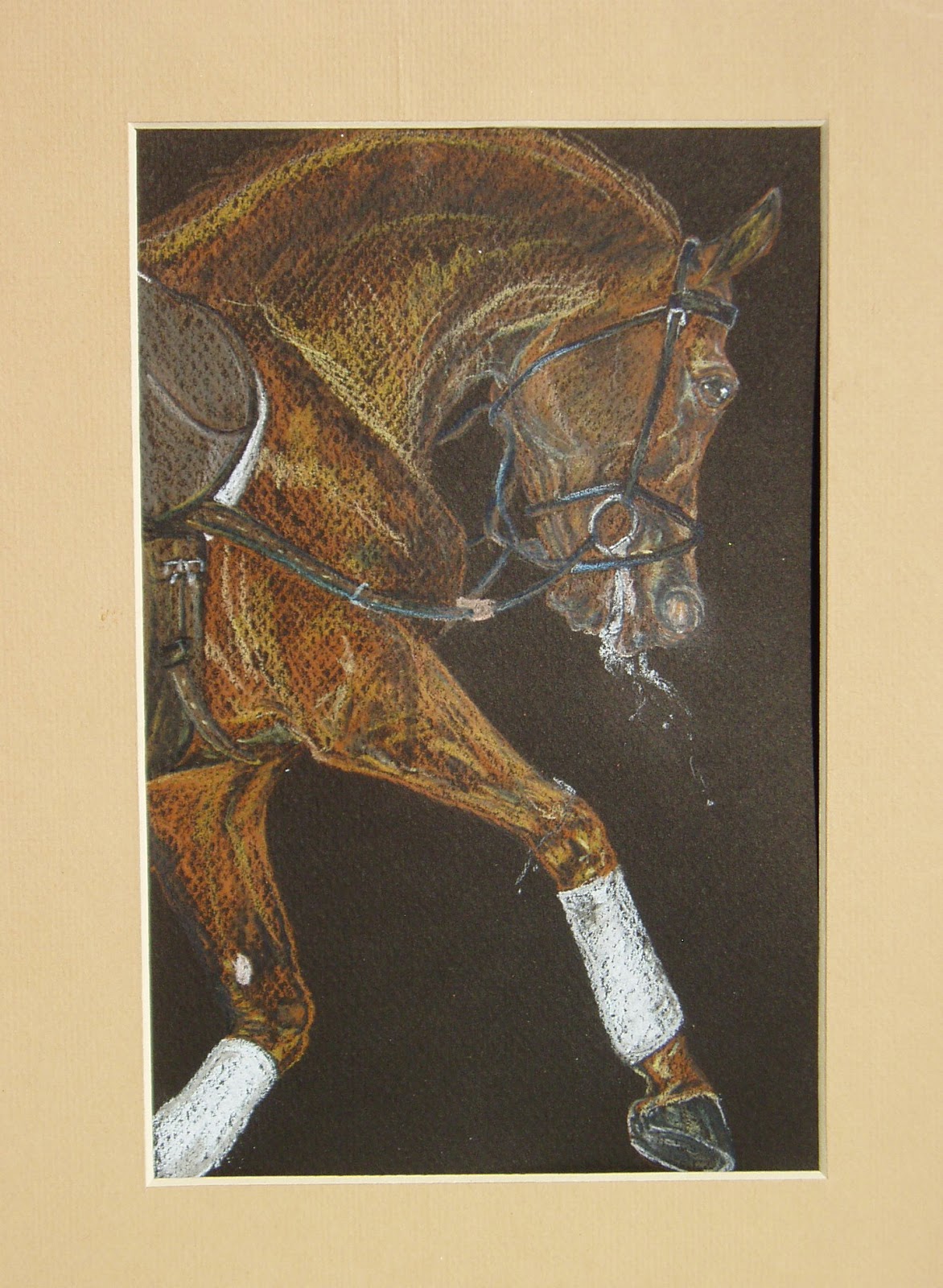 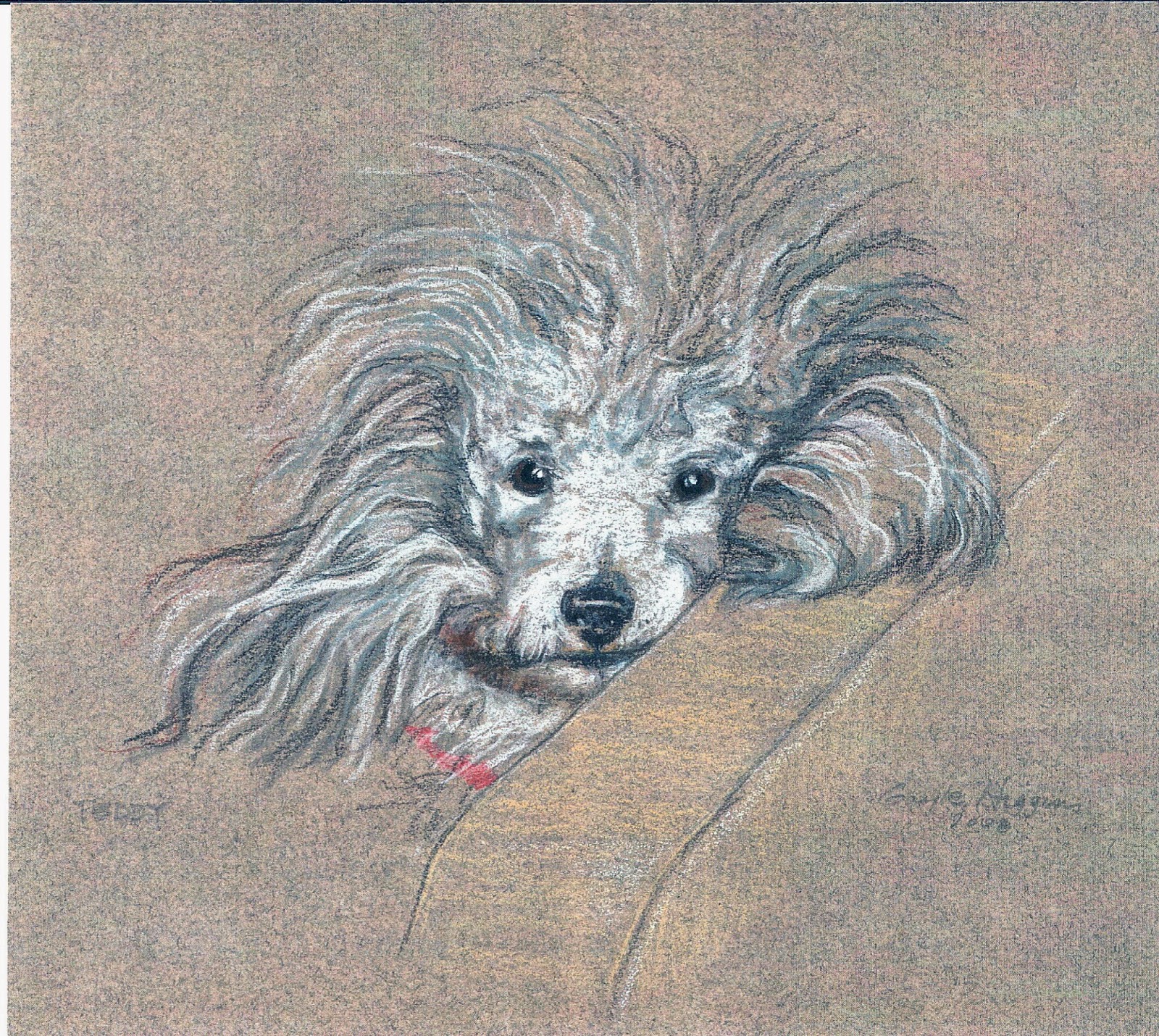 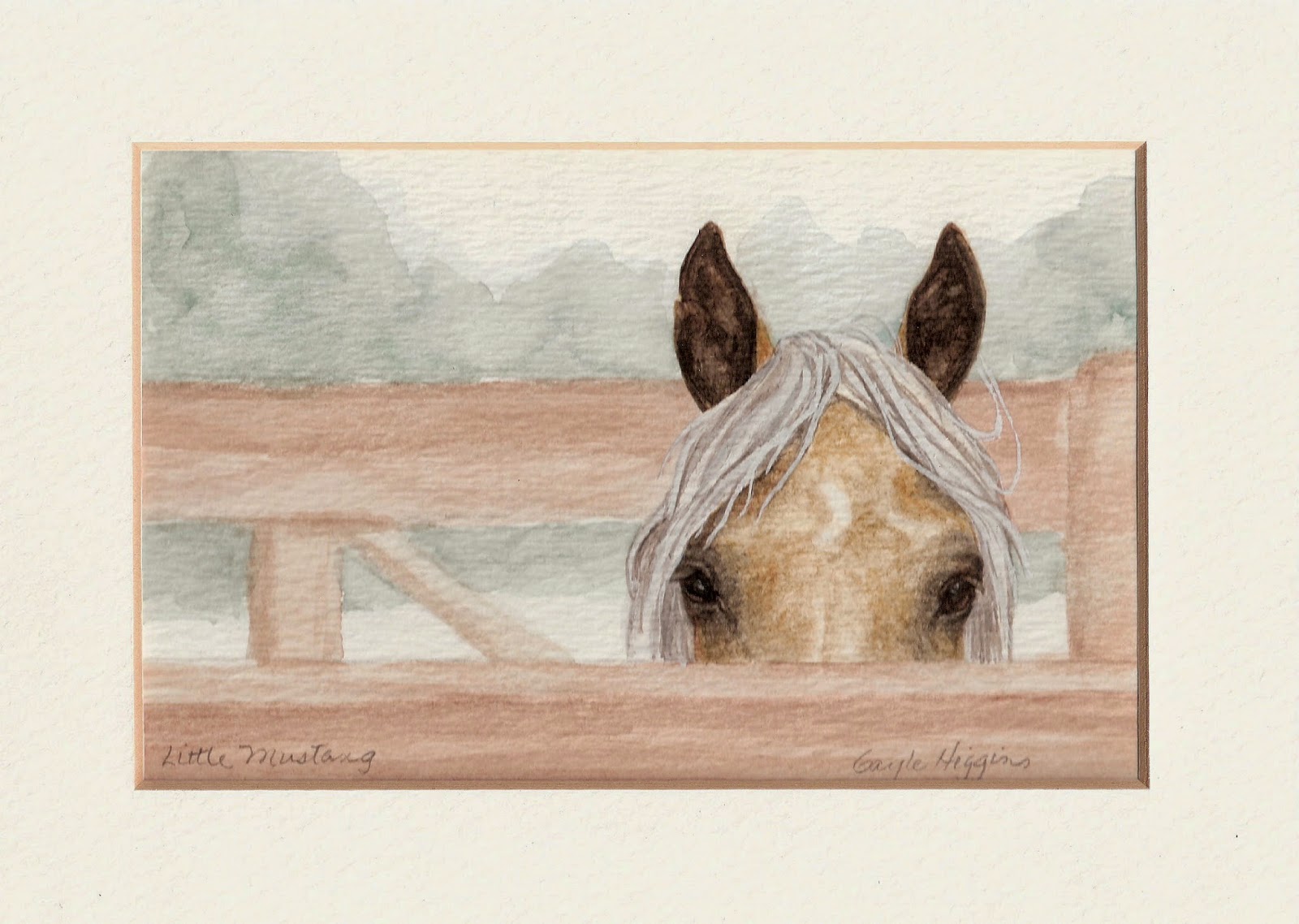 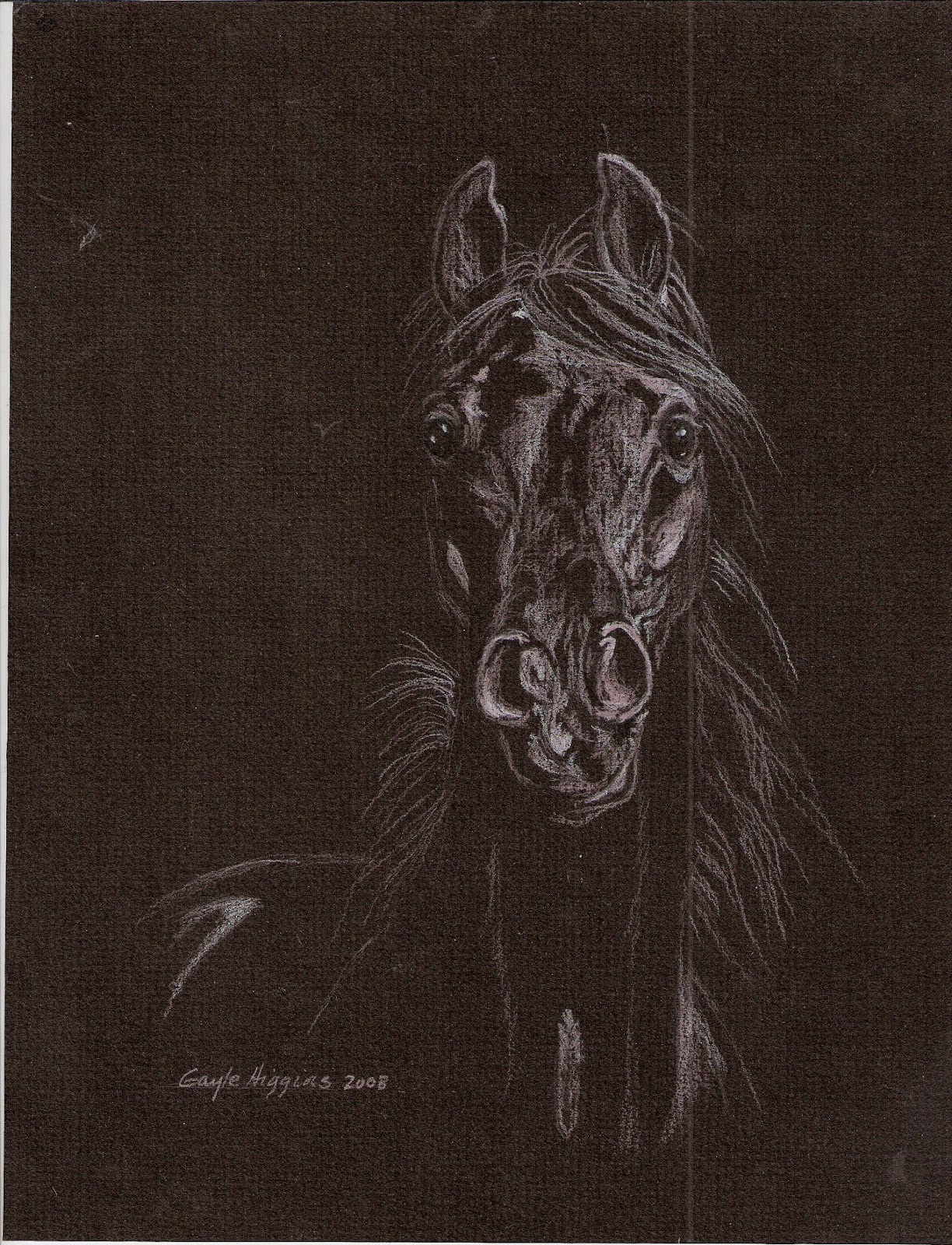 The Man by the Window 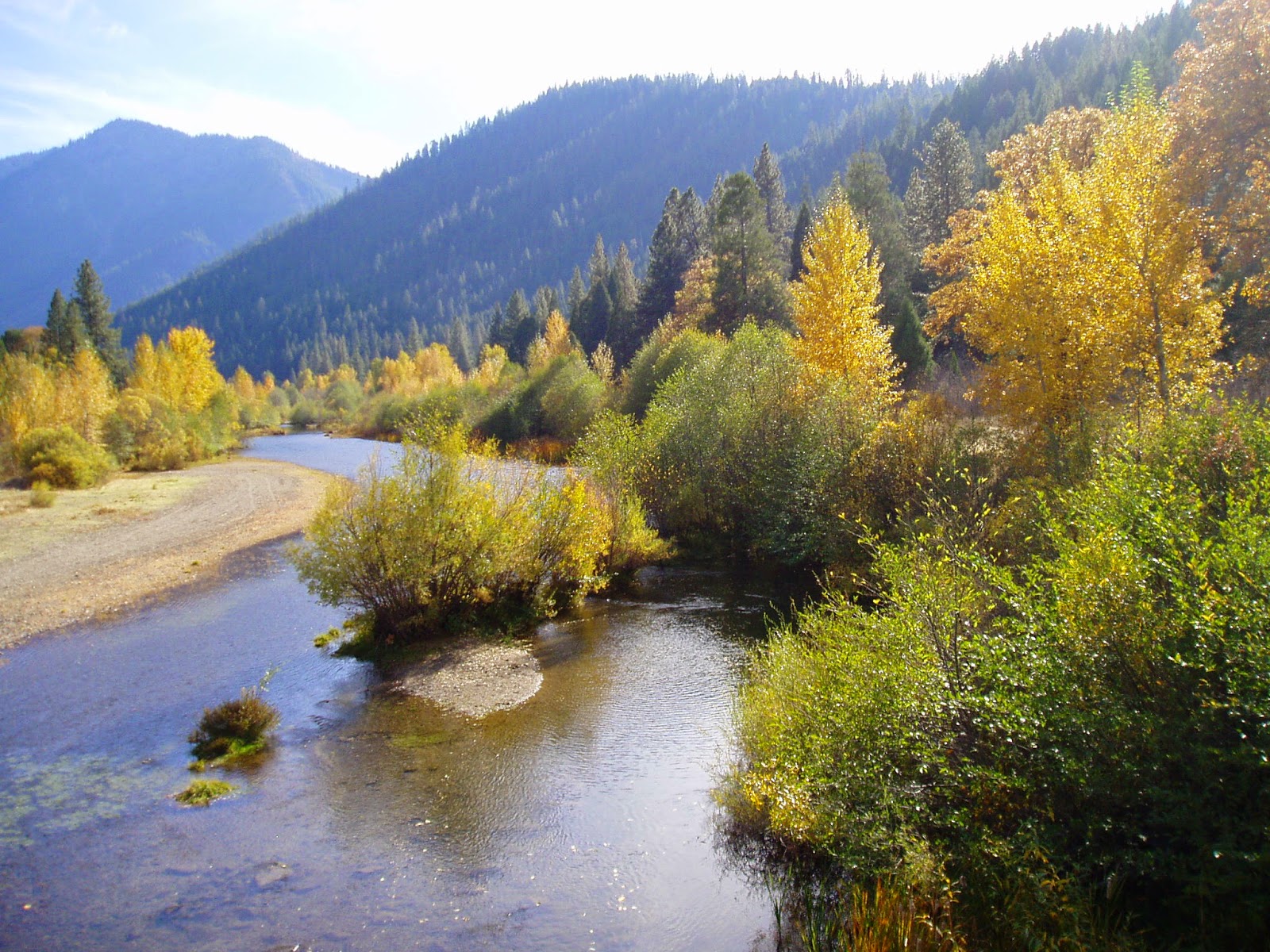 Fall is my favorite season.  Here in the mountains, the colors are magnificent, but the chill in the air reminds me that snow is on its way.  The horses at the ranch seem to enjoy the season as much as I do.  Temperatures between 15 degrees and 60 degrees are within the comfort zone for horses.  The view of the mountains with a dusting of snow rising above green valleys filled with grazing horses and colorful trees remind me that life is good. 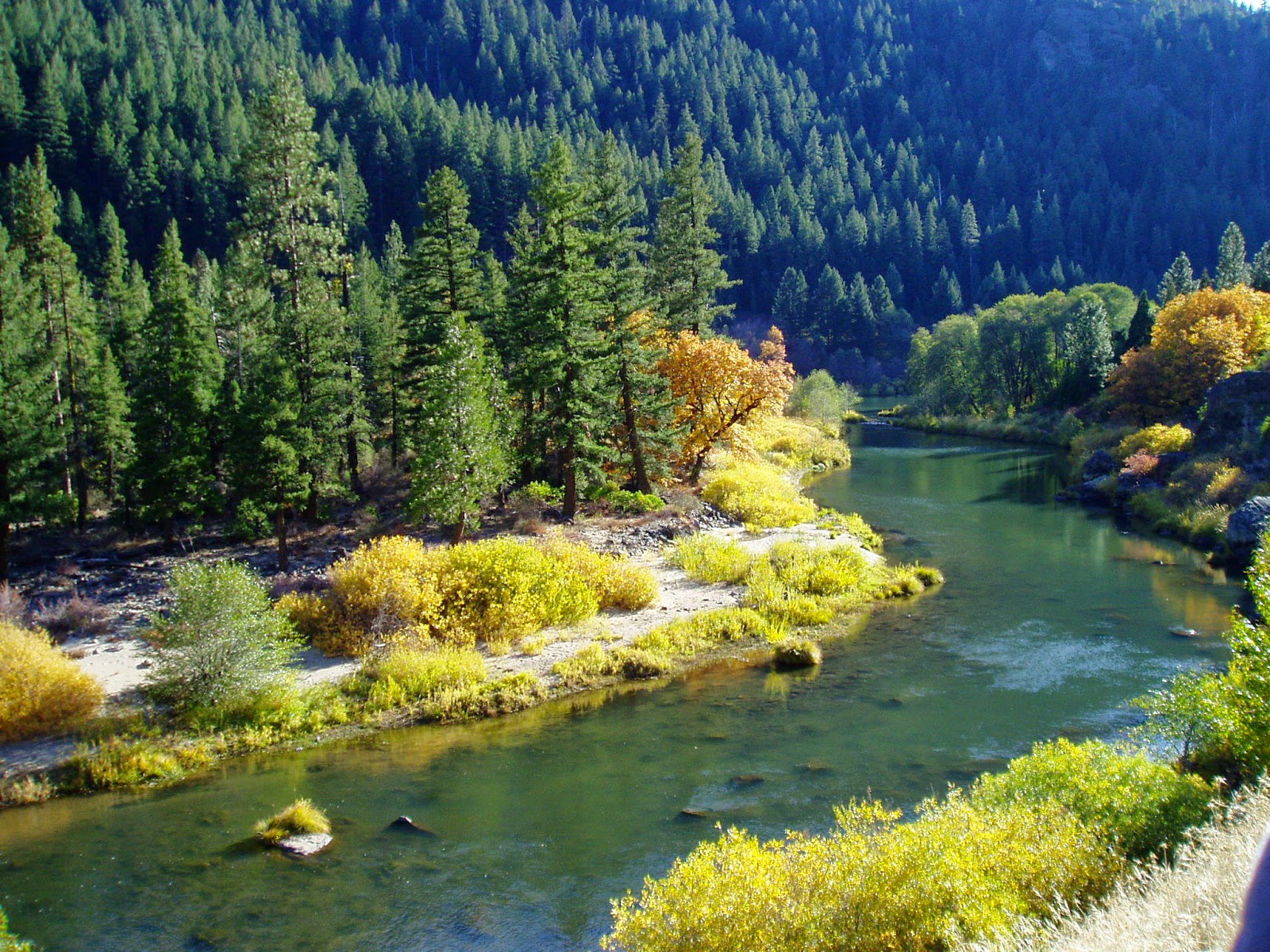 There is always new information on the political scene in the U.S., with duplicitous politicians, government corruption, and the dictatorial behavior of Obama, who seems bent on destroying America.  But I want to look beyond that today.

Gayle and I were hiking in the forest with Dakota when I was reminded of a great story that you may have heard, but one that deserves repeating.  I don’t know if it’s true, but it provides a profound respite from negativity.
The story involves two men who were both seriously ill.  They shared a hospital room and one man was allowed to sit up for an hour each day to receive his medical treatments.  His bed was next to the window. The other man was forced to spend all his time flat on his back.  The two men talked for hours on end about their lives, jobs, families and other things.

The man in the bed by the window would describe the view outside during the hour he was sitting up in bed.  The man in the other bed began to live for that hour when the color and activity of the world outside was described to him.  He could picture the lake with ducks swimming, the flowers, the children playing, and the exquisite details depicted for him by his friend in the bed by the window.

One morning the nurse found that the man by the window had died peacefully in his sleep and the attendants took his body away.

A short time later the other man asked to be moved by the window.  He wanted desperately to see the beauty outside that had been described to him is such detail.  He raised himself slowly and painfully on an elbow anticipating the scene outside.

He was shocked to see that the window faced a brick wall.  He rang for the nurse and asked her why his friend would have described the wonderful things outside when all that was there was a brick wall.

The nurse was surprised by the question and replied that the man by the window was blind and couldn’t see anything outside.  She suggested that maybe the man describing the beauty outside meant to encourage his friend and provide something positive, beautiful, and uplifting for his bedridden friend. 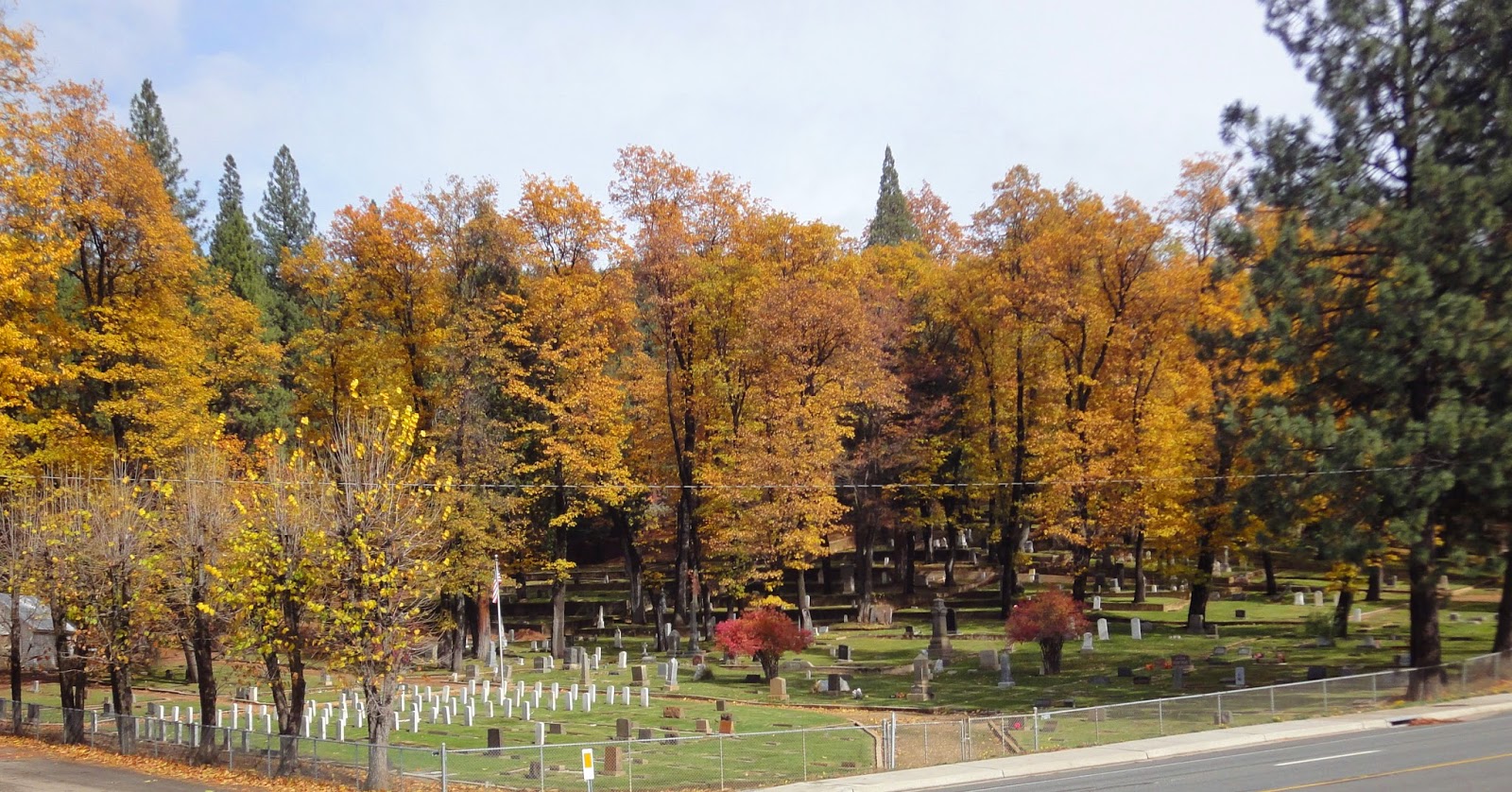 There are several pieces of wisdom that can be gleaned from that story.  The blind man was able to lift the spirit of his roommate by describing beauty that he himself could not see.   Maybe it reminds us to look for beauty and the positive where it may be difficult to see; perhaps in a chaotic world or in a person.  The beauty the blind man saw came from within him and was projected onto something not so beautiful.  It’s a reminder that we should count our blessing; look for the beauty in the world, focus on the things that money can’t buy, and try to bring joy to others.  The brick wall will always be there.

I don’t know about you, but sometimes I need to be reminded of these things. 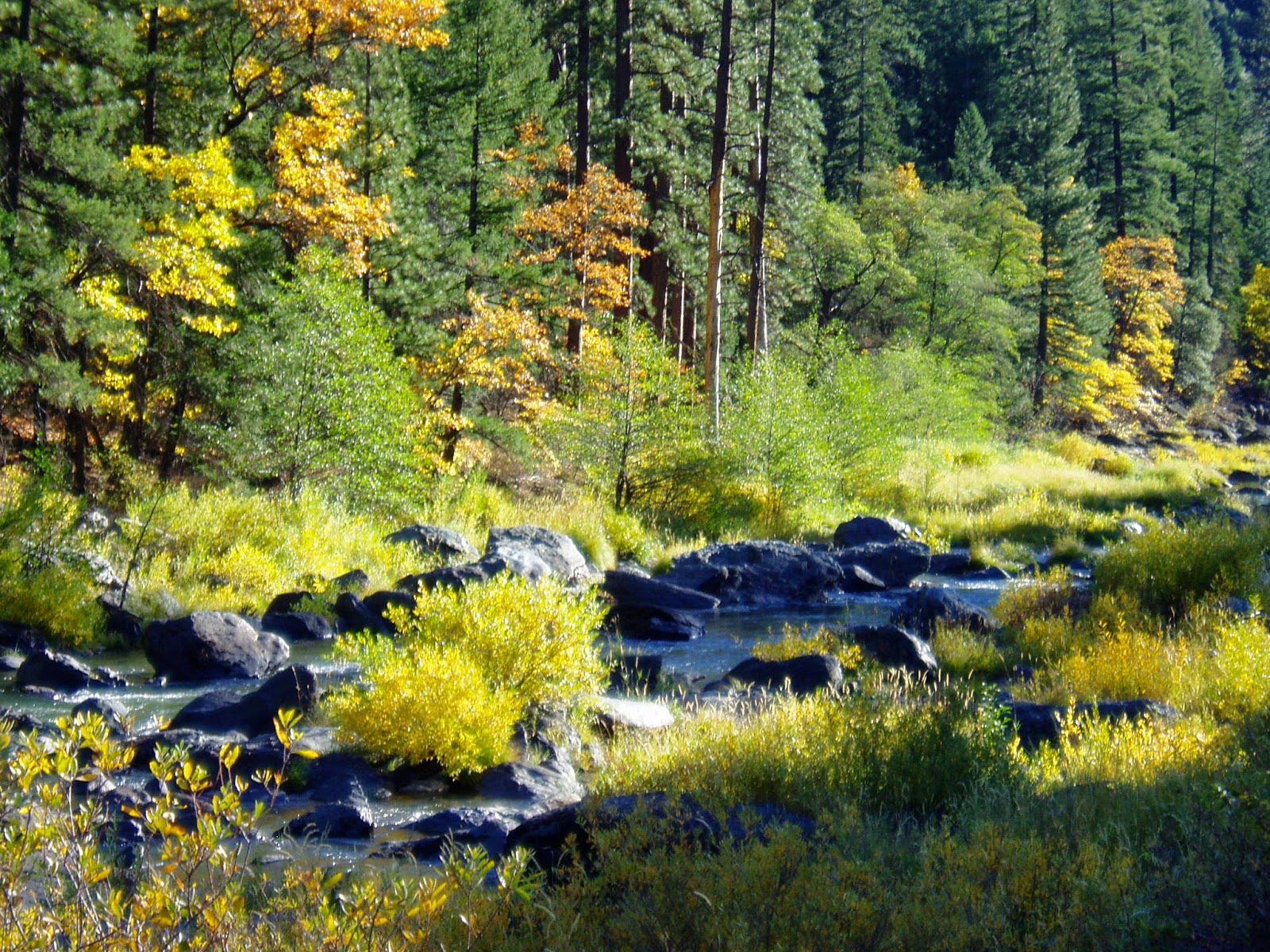 The Election is Almost Over


Well, the election is over.  Or almost over.  It was a great night for Republicans from the bottom up.  It was tough on Democrats. From the governor races to the House of Representatives and the Senate, the country turned red.  Red = Republican.

It seems like I get caught up in every election cycle.  As usual, I watched the reporting to the end and then got up early to see if there were changes.  In addition, I must have been hyped up because I didn’t sleep much at all.  And it’s not over yet.

I think there should be a warning to anyone with an uncontrollable urge to get involved with an election to check with their doctor to make sure they are healthy enough for political activity.  If the election lasts more that four days, call your doctor.

At this point in time it appears that there may be two more Senate seats to go Republican, which gives the Republicans the numbers they need to slow our Dictator down a bit. And it also gets them past the Palace Guard and megalomaniac Harry Reid.  As you know, we hear about the “do-nothing” Congress, but the House has been passing bills left and right.  Reid simply tables them.

The Senate has received roughly 300 bills from the House of Representatives, but Obama’s chastity belt, Harry Reid, has refused to even allow these bills through the door.  They sit on his desk.  That is unconscionable, since the House members are close to their constituency, reflecting the will of the people. Reid is committed to an ideology.

To inhibit bills from reaching the floor of the Senate should be grounds to justify firing Reid.  But now the plug has been pulled and maybe something will get done that will reflect the will of the people more than the will of Obama, Dirty Harry and his cohorts.  (I still blame the NRA for backing Reid in his re-election to the Senate.)

The variable that concerns me is the lack of backbone Republicans have demonstrated so consistently.  With McConnell leading the pack and John Boehner on the verge of tears, I’m not sure The Glorious One’s executive orders can be overcome.  Time will tell.

I hope you’ll allow for my political bias.  I’m more of a Conservative with Libertarian leanings than a typical Republican or “Republicrat,” as some refer to the Republican Party.

There is some optimism that we have a few young newcomers in the Senate who may shake the “go along to get along” Republican Senators out of their slumber.  Unfortunately, so much damage has been done to America during the past six years that to reverse the downward trajectory is a challenge at best.  Obama claims that the two thirds of eligible voters that didn’t vote are his voters.  My feeling is that maybe they shouldn’t vote.

When potential voters can’t read English or vote on skin color alone, how can we expect them to have even the most basic understanding of the issues and the qualifications necessary to pick our leaders?  Watch “man on the street” interviews of random citizens, including college educated young people.  They can’t identify the Vice President, but they can vote.

Even many Democrats secretly disagree with some of the policies pushed on us by this administration, so maybe securing the borders, energy independence, lower corporate and personal tax rates, a stronger military, and other logical adjustments may have a chance to see the light of day.  We’ll see.

Posted by Ralph Higgins at 11:24 AM No comments: