There Could Never Be Another Ewe 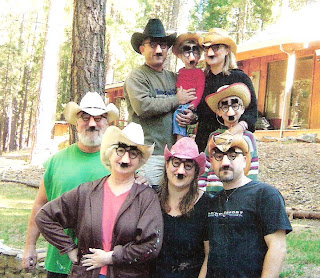 You may remember that classic tune, “There could never be another you.” It’s a romantic concept, but is it true? Dolly the sheep was a Ewe and scientists evidently cloned her, so there was another “ewe.” (Sorry…)

This whole cloning thing presents questions. I was shocked when we took a family portrait to see a definite resemblance in every person in the photo. What was particularly disturbing is the fact that even my daughter’s husbands had the bizarre genetic mutation…and they aren’t even related to us by blood. Check out the photo. It’s pretty scary. My youngest grandson Joshua, also known as “Animal”, bears a striking resemblance to Adolph Hitler with glasses. That’s terrifying.

This brings us to the questions: Could there ever be another human being exactly like you? In my case, would the world really want another me? My wife thinks there are too many of me now.

Extrapolating From a Basketball

I was a high school teacher at one time and some kid left a basketball in the middle of the basketball court. The gym was empty and quiet and the ball sat motionless on the floor. While the ball might have been motionless, it created mental motion inside my skull.

I started thinking…what if that basketball incorporated our entire universe – our earth, all the stars, planets, space, dark holes, anti-matter, Jay Leno jokes and my daughter’s pasta recipe? What if everything we could imagine, invent, or test using the scientific method was packed inside that ball. Our total existence; including our mental capabilities and scientific potential - what if it all could exist within that basketball?

Read more »
Posted by Ralph Higgins at 4:51 PM No comments:

How To Feel Old

If you still think you’re thirty years old, spend a week with your grandkids. But, frankly, it’s well worth it.

I’ve attached a couple of photos of two of our grandsons, Luke and Seth, on a quad. Manroop Singh is our friend and the owner of the vehicle. He’s the one bent over working on something and is the same age as Luke. The old guy in the background is me. One thing about being a grandfather is that you can let the teenagers work on their own machines while you oversee things and pretend that you know what they’re doing.

Everyone rides Harleys. So I ride Triumphs. 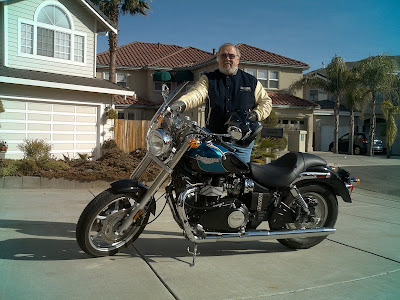 The sun has finally come out in Quincy. After snow even in June, it’s time to start riding my trusty Triumph motorcycle. I’ve taken some short jaunts between storms, but we are heading into the second week of June and it’s motorcycle time in the beautiful Sierra Mountains.

Here’s a shot of the newer of my Triumph motorcycles in our driveway in Discovery Bay. I also have a 1969 Triumph, which is identical to the one I bought in Denmark and rode through Europe in 1969. Someday maybe I’ll write something about that trip. I lived on that bike for weeks on end traveling through nine countries, including Yugoslavia when Tito ran the place.

Ahhh, to be young again. But even old guys ride motorcycles, as the photo proves.